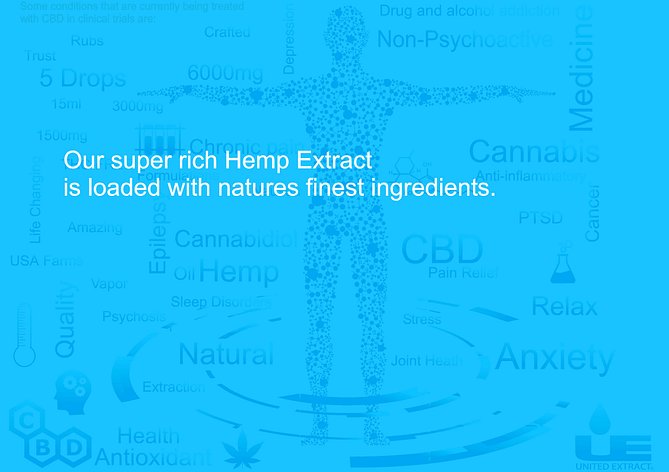 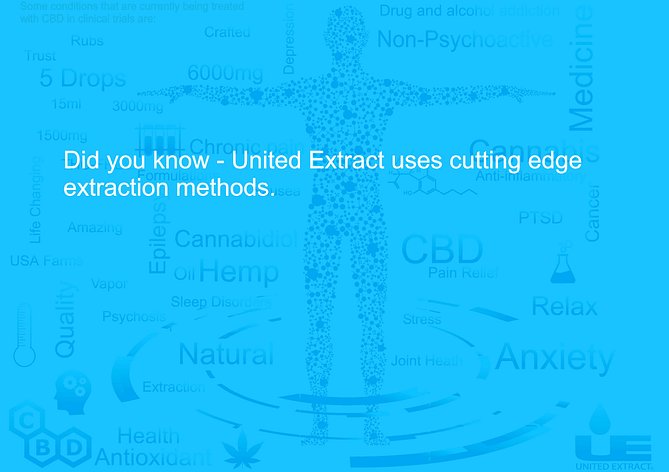 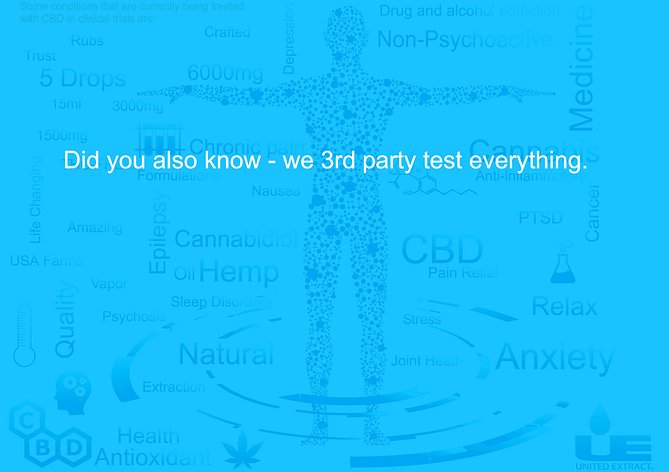 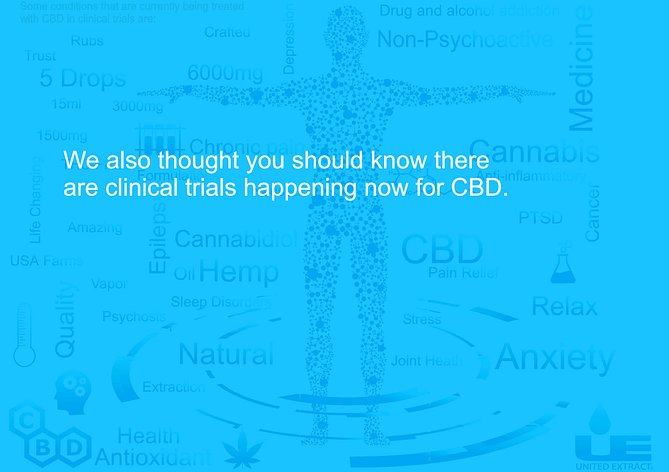 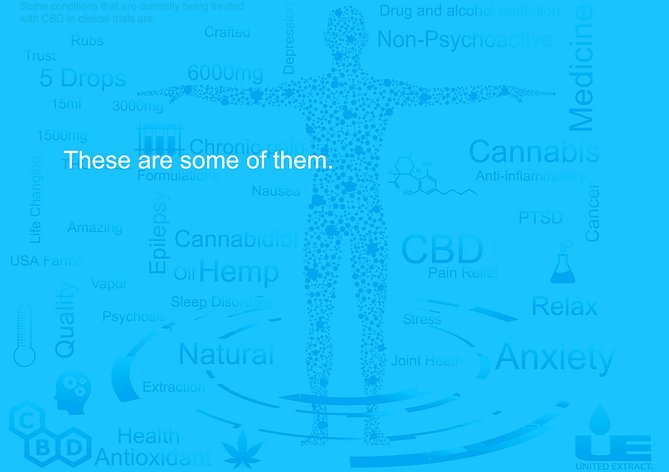 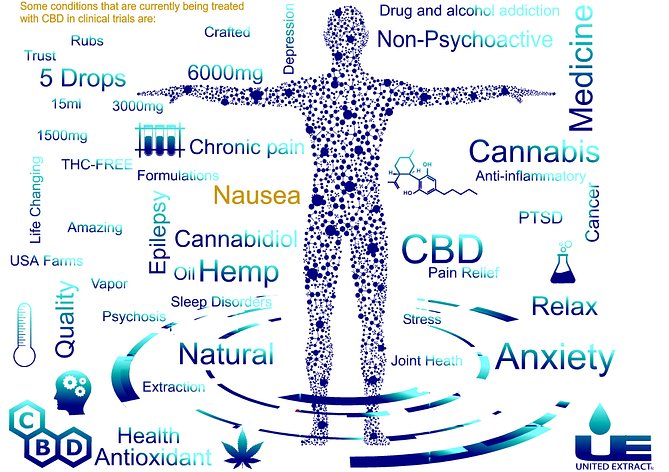 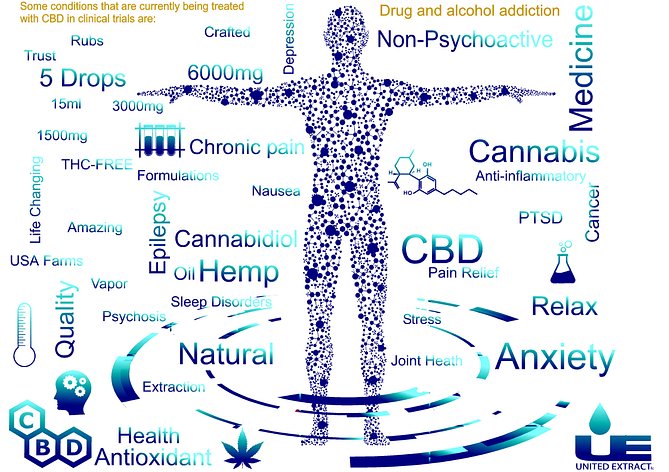 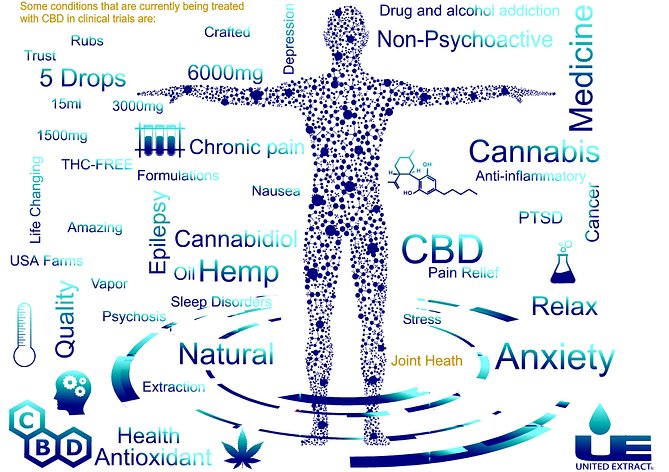 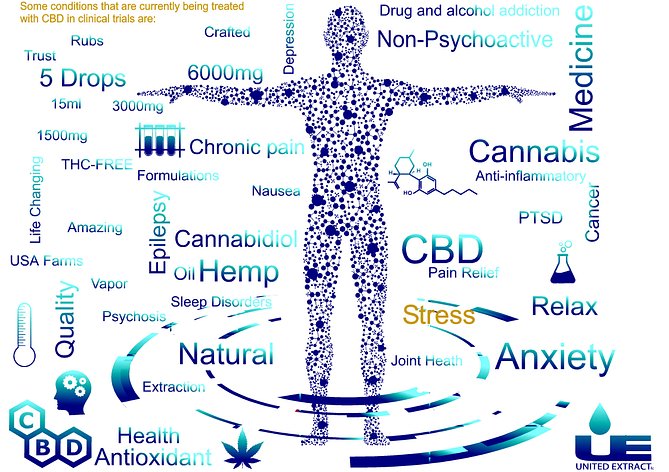 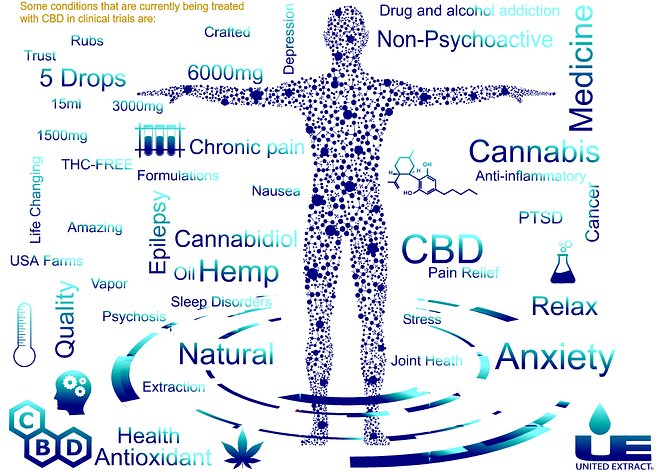 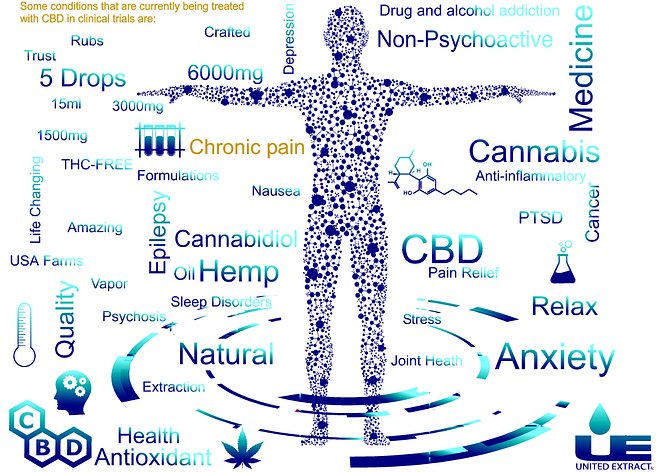 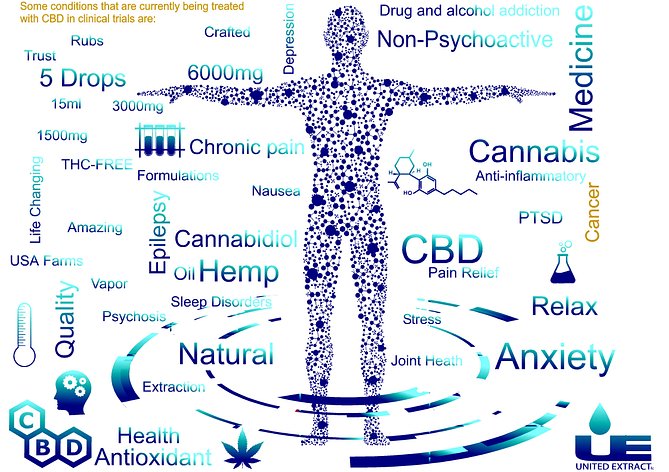 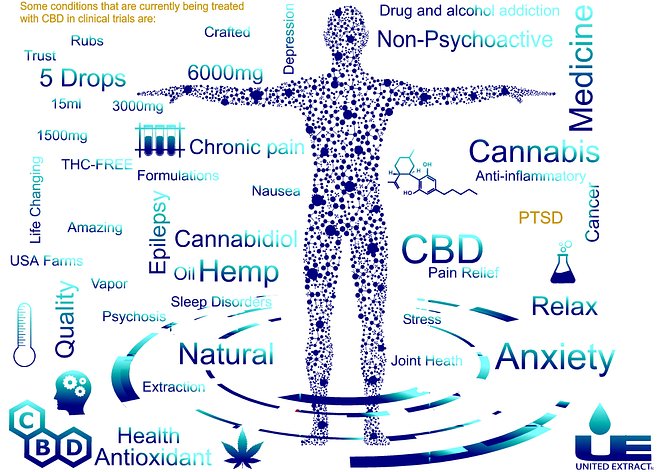 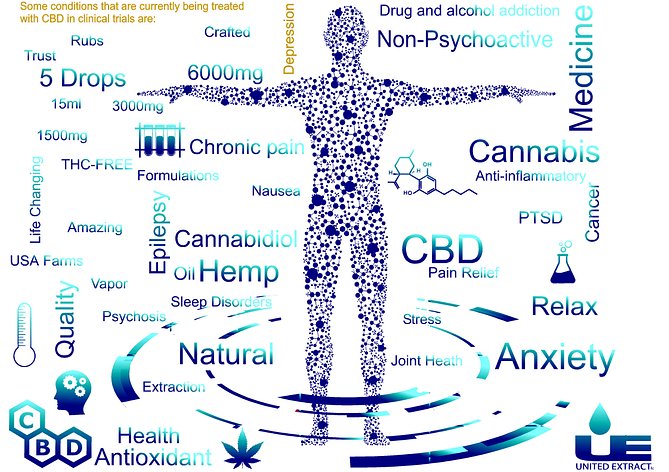 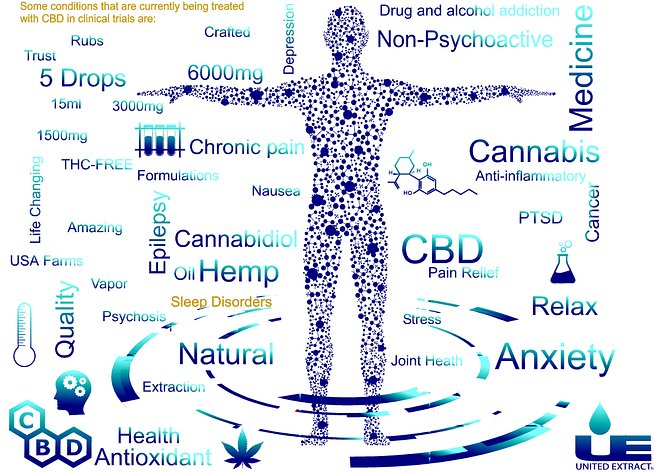 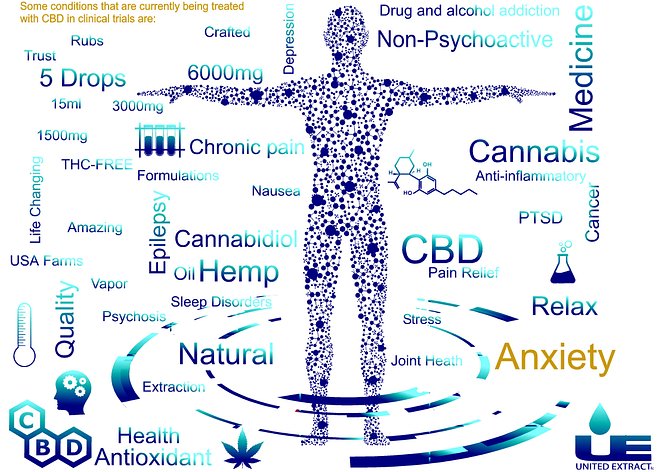 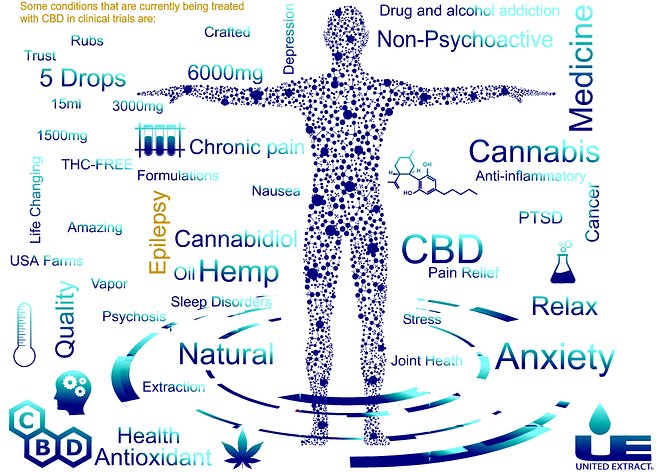 Hemp and hemp-derived products that have become increasingly easy to find in Texas are now legal, too, after Gov. Greg Abbott signed a bill legalizing its production this week.

Not only does the bill set in motion a process for creating state regulations around the monitoring and production of the plant, it also clarifies that hemp-based products such as CBD oil are legal as long as they contain no more than 0.3 percent THC, the psychoactive ingredient that gives users a high.

Cannabidiol, or CBD, is a naturally occurring chemical compound found in the cannabis plant. Products containing CBD — including oils, sales of which have taken off in recent years — are said to treat a wide variety of ailments, from aching muscles to anxiety.

Previously, the products had been in a legal gray area after Congress passed the 2018 Farm Bill that made hemp farming and hemp-based products legal, while some states including Texas hadn’t set their own laws legalizing hemp.

Texas Take: Get political headlines from across the state sent directly to your inbox

Here’s what you need to know about the bill:

1) Regulations are still months away, so experts are stressing “buyer beware.”

From the Houston Chronicical:       Now that hemp-based CBD oil is legal in Texas, here’s what to know

Texas expects to make millions off the CBD oil boom.

To make it legal, the legislature passed and Gov. Greg Abbott signed a new law creating a THC limit to tell the difference between legal hemp and illegal marijuana.

Apparently the legislature didn't realize crime labs in Texas can't test THC concentrations. The bill came out of the state House's Agriculture Committee and devotes most of its effort to rules for hemp farmers -- not police officers and prosecutors.

Already, hundreds of marijuana cases were dismissed in Fort Worth. In Fort Bend, Montgomery and Walker counties, cases are on hold while testing is developed. Harris County is reviewing policies, but sends most of these cases to a diversion program under District Attorney Kim Ogg.

Inside the Houston Forensic Science Center, where technicians test marijuana every week, scientists look at the plant under a microscope to detect small hairs unique to the Cannabis Sativa plant. A quick chemical test detected only the presence of THC, the potency was never captured. It didn't have to be.

Under old laws, "it didn't really matter (how potent it was)," said Peter Stout, president and CEO of the Houston Forensic Science Center, which tests criminal evidence in Houston.

One option is to send the cases to private labs, which can test THC concentrations already. Those tests can run from $200 to $750 per case, 13 Investigates learned. Last year, statewide figures show Texas district attorneys prosecuted more than 69,743 misdemeanor marijuana possession cases. The cost to send them all to private labs could be as high as $35 million.

The Texas Department of Public Safety told lawmakers it would cost them more than $4 million per year for increased training, equipment and personnel.

Houston's forensic science center estimates hundreds of thousands of extra dollars will be needed to comply with the law here. Stout told 13 Investigates, "Instrumentation is a few hundred thousand dollars; validation and method development is going to take some months and other hundreds of thousands."

As scientists tried to comply with the new law, the Houston lab stopped testing marijuana for a week in June. Now that it's resumed, technicians are adding a written warning to lab reports that the tests don't report what the new law says it should.

If questioned in court whether a sample is hemp or marijuana, Stout says his team would have to testify, "It might be hemp, it might be marijuana... Our testing doesn't distinguish under this definition."

The Harris County Institute of Forensic Services tells 13 Investigates it has the technology, but needs to train personnel and validate procedures which could take months.

The state’s Department of Agriculture has 90 days to submit for approval a plan to the secretary of the U.S Department of Agriculture. The regulations will likely include provisions creating a hemp grower’s license program, allowing random inspections and testing of crops by the departments of agriculture and public safety and setting requirements for packaging and labeling. Experts have said that means Texans should be careful about checking the source of any products they buy until then.

Tests of unregulated CBD oil have found they don’t always contain what those selling them claim. An NBC station in Miami tested products and found 20 out of 35 contained less than half of the amount of CBD advertised on the label. Last month, Houston police reported testing CBD products and finding illegal synthetic cannabinoids.

2) The newly legal hemp-derived CBD oil is not much different from what’s available under the state’s medical marijuana program.

As the Chronicle reported last month, the 0.3 percent CBD oil hardly differs from the marijuana-derived CBD oil offered to patients in the state’s Compassionate Use program, which contains 0.5 percent THC. The medical marijuana program in Texas, one of the most restrictive in the nation, has previously only been open to patients with intractable epilepsy. A bill passed this session would expand it to include more diseases, such as autism and terminal cancer. That’s left some marijuana advocates arguing that restrictions on the medical program should be lifted.

For subscribers: If hemp is legal in Texas, what will come of the state’s medical cannabis program?

Marijuana and hemp are two versions of the same plant, but hemp generally contains less THC. Sorry, pot smokers, marijuana is still off limits. This bill only legalizes hemp.

Listen to your body and your needs. Adjust the serving size, frequency and strength of CBD you use to achieve your desired results.

This product is not for use by or sale to persons under the age of 18. United Extract products should be used only as recomended on the label. It should not be used if you are pregnant or nursing. Consult with a physician before use if you have a serious medical condition or use prescription medications. A Doctor’s advice should be sought before using this and any supplement dietary product. All trademarks and copyrights are property of their respective owners and are not affiliated with nor do they endorse this product. These statements have not been evaluated by the FDA. This product is not intended to diagnose, treat, cure or prevent any disease. By using this site you agree to follow the Privacy Policy and all Terms & Conditions issued. Void where Prohibited By Law.